The rich and dynamic insights that chess provides, for both players and spectators, can teach us a lot about investment management. 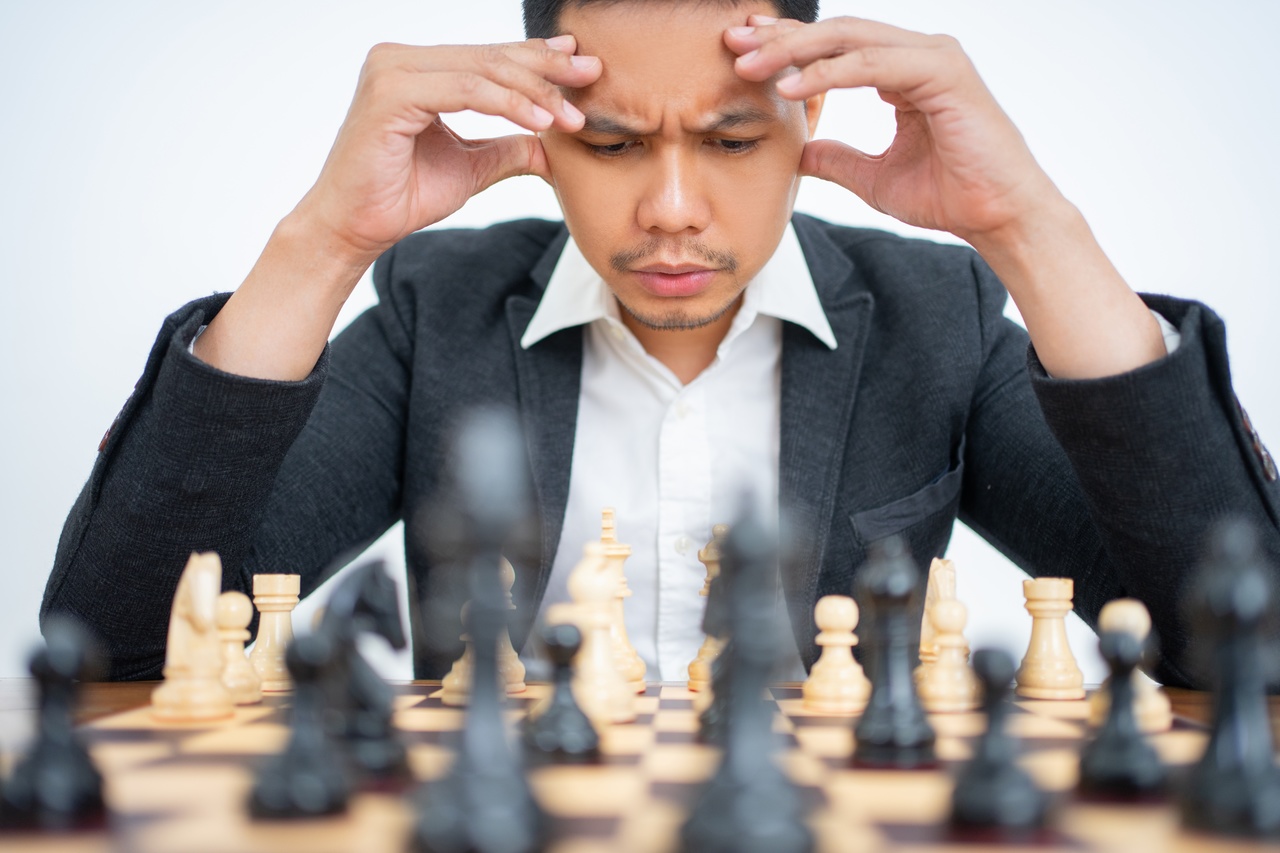 The 2021 world chess championship for classical chess saw Magnus Carlsen retaining his crown after defeating Ian Nepomniachtchi of Russia. This was a towering performance by Magnus, who again proved he is the best player in the world today and would compare well with any era. Chess made a huge comeback in the Covid era as a popular sport. With Internet streaming, the rise of Twitch and other gaming platforms, interesting new formats like rapid and bullet chess and a cast of entertaining chess players, chess regained a great deal of popularity across demographics. This popularity was further fueled by Beth Harmon and her hugely popular show The Queen’s Gambit on Netflix. Chess.com – one of the most popular chess ties has grown every month which increased to 3.1 million active players compared to its steady state at 750k active players before the pandemic.

Chess is defined by both strategies that players deploy and the tactics they use over the board.  Interestingly, both these strategies and tactics mimic the tools of the Investment Manager. This championship and the notion of chess-as-a-sport have some important parallels in the world of Investment Managers.

Of these parallels, perhaps the most important is what in chess is called “The Squeeze.”

The sixth game of the 14-game match was the most thrilling.  Until then, all 5 games ended in draws.  The sixth was an epic, 136-move game played for a staggering seven and a half hours, the longest game in world chess final history. This game became a classic –because of the “Squeeze.”

Grandmasters of chess are aware of the win/loss/draw direction of a game long before it ends and in fact would rather agree to a draw even if one of them is slightly better than the other on the board, if they can’t find a clear path to win. But Magnus has an incredible ability to squeeze out a win from the tiniest of advantages. Nep could not escape the squeeze. He was equal for most of the game and had played the game at a high level with few inaccuracies, but the end game maneuvering of Magnus bordered on genius.

The Squeeze should be an integral part of every Investment Manager’s repertoire. How does she make the best out of every invested deal? There is a bias in many managers to go after the winners and ignore the losers. A number of these losing deals could still provide above average returns if managed properly. The ability to concentrate, deep into the game, to squeeze an advantage and make something out of nothing is a winning strategy for many managers.

Staying Power is next up.  Chess games require mental stamina and “showing up” every single second. The first five games of the series were draws and Nepo had as many chances in those games as Magnus. But after Magnus won the sixth game, he went on a roll and won three of the next five games. Some would say these games were lost due to blunders committed by Nepo, but those were blunders committed under extreme pressure exerted by the champion who had staying power and not temporary or oscillatory focus.

Magnus is incredibly well trained, both mentally and physically for these games. To some, Nepo’s collapse came about as part of a historical pattern. When Nepo is playing well he is an incredible player, but if he loses, he seems to lose momentum all at once.

Investment Managers have to prepare to be able to work over very long periods, through difficult economic cycles, and even a global pandemic. Staying Power should be a key strategic planning component of every Investment Manager’s training. It is to be expected that everything that can go wrong will at some point go wrong, and the manager should have planned to deal with the doldrums and nadirs.

Chess is a game of preparation. In this day and age of fast computers and chess engines, players are versed in quickly understanding their options. Opening lines have been studied at great depth and most young players have studied these lines with care. Any inaccuracies in the opening will get punished instantly, leading to losing positions. Magnus and Nepo prepared for much of 2021, in isolation, before they met for the finals. And it showed in every game. There were no easy victories to be had. The bigger challenge that Nepo had was to keep his concentration and not blunder.

Portfolio strategy is all about the preparation that the manager is willing to put in. What assets will she expect to buy, what size of assets will stock the portfolio, who are acceptable counterparties, who are the relevant brokers and other business partners, what should the liquidity profile look like, who are the investors, what leverage facilities should be planned for, what is the operational structure and other questions need to be asked and answered before the Fund is launched. And all of this is as much true for a startup fund as it is for an established fund. The ability to plan, prepare and construct a fund, long before it is operational, distinguishes the good manager from the also-rans.

Team – Chess is rarely thought of as a team sport, but in fact matches at the championship level have always involved a sophisticated support team consisting of many grandmasters, strategists and trainers. The teams that supported the two champions were not revealed, when the games were in progress. Guessing who was on the team was a side hustle for most commentators and journalists. When it was revealed that David Dubov, a Russian Grandmaster, was on team Magnus, it was considered as a betrayal by many Russians. Forming strong teams has been a legacy of the Russian chess machine and all the champions they have produced over the years.

Investment Management is a team game. You hunt in and with the pack. Teams form the biggest differentiator for Investment Managers. The Covid economy has opened doors to WFA strategies, which creates the opportunity to hire the best talent, irrespective of geography. The talent and composition of a team is a bigger draw to clients than the geographic location of the fund..

The AI game – Chess became a global game with the advent of computers and powerful chess engines. Magnus Carlsen comes from Norway, a country that never had a culture of chess. The world champion before Magnus was Vishwanathan Anand of India, another country that did not have any tradition in modern chess. The current world no. 2 is Alireza Firoujza who was born in Iran and has become a French citizen. What each of these champions have had access to, are sophisticated computers and engines. In recent years, engines like Alphazero, Stockfish, Leela and Komodo have truly changed the way the game is played, made it more exciting, and added new lines never played before.

For Investment Managers this is a clear signal that digitization will provide a bigger gain function than all other resources they invest in. They will have to start investing in new technologies, including the cloud, artificial intelligence, and machine learning to be ahead of the game.

Investment Managers would do well to study the rich and dynamic insights that chess provides, for both players and spectators.

Founder and CEO of On Pepper; contributing author on Data Hunters
0  Likes 0 Comments