The world of “content” has been shaken up over the past twenty years, largely as the result of four conjoined forces: 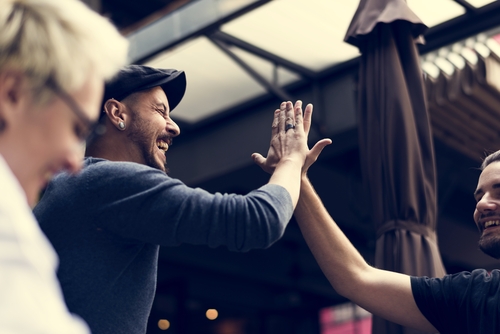 1. The move to Digital; 2. The creation of a Click-based business model; 3. The shift in economics; 4. The need for constant speed and scale.

Presided over by technology platforms and Big Tech in general, the world of content has favored platforms over producers (for the most part), reduced the primacy of the author/artist, and endured a crisis of confidence.  Indeed, in a world in which everyone can legitimately “author” or “create,” we have democratization on the one hand but destruction of the burden of authorship and editorial integrity on the other.  With the economic model brought about by Big Tech platforms and a pathological insistence on “free,” talented content producers have found themselves unemployed, unloved, and otherwise reduced to “production machines.”

We could go on forever about the mechanics of content production in a largely digital world or the effects of this paradigm on quality and depth of content, but we’ll save that analysis for a different piece.  Instead, here, we want to introduce the notion of “community” into the content discussion in the hopes that we might find a better place for readers, authors, publishers, and the sponsors that often fund them.

Digital content is an abstraction that brings four parties together: Readers/Users, Authors/Artists, Publishers/Platforms, and Sponsors/Funders.  Ideally, the content produced is meant to help the consumer with decisions, whatever and however grandiose those decisions might be.

We’ll stipulate that this is the model that will continue to prevail despite a variety of recent attempts to semi-disrupt it.  The question is:  What are the benefits of digital to these four parties?

We’ve established that digital comes with a set of demerits, as explained about. But what are the merits?  Certainly, the factors of speed and scale loom large here.  To be able to publish content semi-instantaneously and theoretically at least to be able to scale to millions with a fairly low amount of energy and time expended- that is the main promise of digital.  What we call “quick rev” is the next large merit- digital allows us the ability to amend, edit, or revolve content quickly.  Some argue that democratization is a key index of the digital era- we are unsure of this claim given its theoretical potency but practical failure (yes, anyone can be an instant author, but distribution is still difficult without money and access.)

Debates continue and each person has the right to an opinion.  That said, there is little debate about the importance of one aspect of the digital content world:  Community.  While communities have existed as long as people have and community formations- guilds, associations, study groups and so on- are not specific to the digital world, the speed, scale, and interconnectivity possible today is unheralded.  The “constancy” of digital content, and the ability to quickly connect it to other relevant content, allow us to build “affinity linkages” with relative ease.  Thus digital content is a gateway to community, which then activates a content generation machine.  Not all the content is useful, but nuggets of gold are often found.

In the B2B world, communities of peers are the single most important influencer in purchase decisions.  In the B2C arena, communities create influence and opinion- in areas as far flung as real estate or fashion.  Traversing both of these, community is ultimately the “killer app” of digital content.

A technology professional and enthusiast, Manish is particularly interested in the ways in which technology can have a transformational impact on businesses. Manish has been working in the fields of technology, consulting, and renewable energy. He is involved in business consulting, marketing, investing, technology architecture, software development, project management, assurance, security, and IT governance. He has been an active speaker and writer on topics relating to technology and technology marketing. Specialties: IT Strategy, IT Governance, Enterprise Architecture, Analytics, Business Process Design, Assurance, Technology Marketing, Innovation Management, Project Management, Startups
0  Likes 0 Comments