What Is TV/Streaming Rating Data?

TV and streaming data measures the viewership of television programs on various devices. It typically shows percentage of viewers within certain demographics, such as sex and age range.

Where Does TV/Streaming Rating Data Come From?

While networks can gather their own data, they do not always share the information. Thus, traditional tv rating data sources are still used. For this, Nielsen ratings remains the best tv and streaming rating data source.

Nielsen selects households within city blocks within counties to be representative samples of an area’s viewership patterns. If the households agree, Nielsen provides a monitoring device and software that tracks the shows they watch.

TV and streaming rating data is available in tables or APIs which can be viewed by day or season. The information in these datasets include lists of tv programs or movies, network, and viewership numbers according to demographic.

How Should I Test the Quality of TV/Streaming Rating Data?

The most important factor in quality streaming rating data is the quality of the sensor devices and the sample of households selected to be measured. Therefore, focus on this before aggregating and cleansing the data.

Unlike TV channel ratings, Netflix does not disclose its rating figures. However it has been reported that Netflix follows a viewership-versus-cost-of-renewal review process to determine whether it is worth producing a new season or not. This can be further confirmed as back in 2018, Netflix’s vice president of original programming Cindy Holland said, “The biggest thing that we look at is, are we getting enough viewership to justify the cost of the series?”

Programming Insider: Reason Why Netflix Cancels So Many Shows

Which is the best source to find Netflix movies and TV shows dataset?

I want to find the best sources to download Netflix movies and TV shows during a period of time. Read more...
Answer
views (45) • Answers (1) 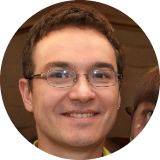 We have a few entirely segmented networks—segmented by design to increase cybersecurity and by location. What are the best APM services that will keep us within our budget? Read more...
Answer
views (263) • Answers (0)

What solutions would you recommend—either in hiring or in software—for a growing company seeking to dramatically increase its manufacture of robotics? Read more...
Answer
views (458) • Answers (0)
Load more

Content, whether in the form of a video, a newsletter, an ad, or anything else, needs to reach the target audience at the right time to make an impression. A good content distribution strategy, then, finds the best ways to provide content to audiences.