What Is Paralympic Data?

Similar to the Olympics, the Paralympics brings athletes from all over the world to compete in Summer and Winter Games. Paralympic data, therefore, tracks information about participating countries, athletes, and the sports the athletes play (all but two of which have direct Olympic counterparts).

Paralympic data also include data on the economic effects of the games on host countries and data on illegal activity like doping.

Where Does Paralympic Data Come From?

Official data come from the International Paralympic Committee (IPC) itself as well as from participating countries and coaches.

Paralympic athletes usually play the same or equivalent sports to Summer and Winter Olympics athletes. Judo, for instance, is the same sport in the Paralympics whereas Wheelchair Tennis is obviously not exactly equivalent to Tennis. However, the Paralympics boasts two entirely unique sports: Boccia (designed for cerebral palsy sufferers) and Goalball (created to rehabilitate WWII veterans who had lost all or part of their vision).

Beyond these unique attributes, Paralympic data is very similar to Olympics data. Users can find information on athletes, performance, doping, participating countries, host cities, and related data like the economic effects of the games.

What Is Paralympic Data Used For?

There are as many uses of this data as there are for Olympics data. Fans can make predictions and place bets; IPC and local law enforcement can identify likely incidences of doping; coaches and athletes can create effective training plans.

Countries and NGOs also use the data to track public perception of those with disabilities.

Athletic performance data, thankfully, is easy to measure. Further, when official sources publish the data, accuracy and consistency is almost certain. Only analysis remains difficult. The best solution is to keep the purpose of the dataset in mind at every stage, from data collection to cleansing to analysis.

Data cleansing should be done with sport committee decisions in mind. For example, following doping scandals, the Court of Arbitration for Sport banned Russia from official representation at the Olympics, the World Cup, and the Paralympics. Therefore, any dataset analyzing Russian Paralympic athletic performance must account for this decision. Analysis, however, is more difficult.

Finally, tracking public perception of disabilities may be harder to track, for many reasons. Firstly, data gathered via polls or surveys tends to result in replies more positive than accurate. Further, researchers may not have the budget to gather this data with more involved methods like implicit bias studies. Secondly, some evidence points to positive estimations of disabled people’s abilities following the Paralympics as short-lived.

On 3 July 2019, Blake Leeper applied to the IAAF (since renamed “World Athletics”) requesting a ruling that his racing prosthetics be allowed under IAAF Rule 144.3(d) (later Rule 6.3.4 of the World Athletics Technical Rules).
…
World Athletics had not produced its own scientific data regarding Leeper’s performance, but contrary to Leeper’s submissions, this did not prevent World Athletics from being able to discharge its burden under the Rule. It was deemed sufficient by CAS that the World Athletics experts had analysed the data generated by Dr. Grabowski’s evidence.

Lexology: CAS Dismisses Double Amputee’s Appeal in Fight to Compete at the Olympics 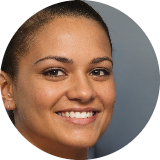 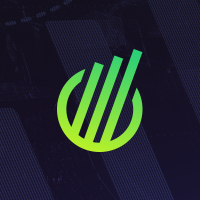