What Is Space Exploration Data?

Space exploration data covers all information about the composition of objects or life beyond the earth’s atmosphere. This includes deep space imaging, meteorite soil sampling, spacecraft engineering, and more.

The aerospace industry—the combination of aviation and space flight—most commonly deals with space exploration data for several reasons. Primarily, this is because the line between flight in space and flight in the earth’s atmosphere is not so easily separated.

Where Does Space Exploration Data Come From?

Most sources of space exploration data are from the government, in particular the military. NASA, the US Space Force, and others record space data with a variety of imaging technology, robots, satellites, and spacecraft. These organizations also publish a large amount of the data they collect, though many people remain skeptical about how much information they truly release to the public.

In the last few years, however, private organizations have emerged with the capability to not only record space-related data from earth but to send satellites and spacecraft into space. Many observers have hope that this represents a democratic revolution in the space exploration field.

The number of objects and phenomena that await study is huge. Therefore, the number of data attributes in this category are correspondingly huge. NASA’s open data portal, however, offers datasets under categories of planets, missions, and rover names. Under these subcategories, interested individuals can read about meteorite velocity and altitude or look at annotated orbital Mars landmarks.

What Is Space Exploration Data Used For?

The main uses of this data is exploration and discovery. Scientists, physicists, and engineers all find information crucial to their fields of study in space: they can discover new planets, explore the composition of dark matter, and try to plot a timeline for when and how the universe came into being.

The military also uses this data, and not just to prepare for alien invasion—the military prepares for invasion from any source, no matter how unlikely—but also to prepare for attack from better known human enemies. Satellite and ground-based observation posts can identify fast-moving bombs or aircraft and respond to them before they reach the ground, for example.

These same systems can also look to the sky, to identify asteroids or meteorites that could strike the earth with catastrophic force.

Since the government publishes most space exploration data, there remains little need for quality assessment in the initial stages. However, once a researcher begins to build a dataset with this information, he or she should carefully standardize the data.

Data of interest to intelligence analysts is sparse, random, heterogeneous, and is distributed across the computer. Moreover, several applications might try to access the same data at the same time.

The AGILE program seeks to develop computers that not only can process large-scale data-analytic intelligence applications, but also that can address other classes of large problems.

I guess the only connection between these is that the term "dark" indicates physicists don't know what it is. Is that right? Are there any connections between dark energy and dark matter? Read more...
Answer
views (141) • Answers (0)

A distance learning course refers to online education method where students learn at their own pace but also have the benefit of teacher instruction.

Interest in distance learning has spiked massively over the past year, due to worldwide lockdowns forcing in-person educators to change tactics, so there is more data than ever on this subject. Often, the term is used interchangeably with “e-learning” and “virtual classroom” although there are important differences. E-learning, for example, refers to self-paced study without the instruction of a teacher or set study times. A virtual classroom, on the other hand, has a teacher overseeing students and a set class time. 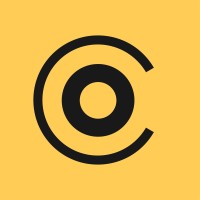