What Is Social Data?

Where Does Social Data Come From?

Most of this data comes from social media apps and websites published by individual users: this includes blog posts, POI check-ins, comments, likes, shares, and clicks. More sophisticated data collection methods even gather information like the amount of time a user spends viewing an ad or a blog post.

Common attributes of this data include biographical information, app usage, interests, and sentiment.

This data is primarily used by companies for the purpose of marketing and social media performance tracking.

Other groups that use this data, however, include academics, governments, and intergovernmental organizations. For example, see this article from Interpol about fighting terrorists who recruit new members and plan attacks through social media.

How Should I Test the Quality of Social Data?

There are several concerns with social media datasets.

Finally, this data must be updated constantly—first because it is labile by nature and secondly because marketers must reach leads quickly in order to be effective. For example, a new like for a musician on social media should lead almost immediately to an ad for a concert in the same genre taking place in the next few days.

Pulsar Platform: What are catfluencers? Understanding influencer marketing through cats

“Twitter is used extensively by individuals to read and share news with each other. For instance, it has emerged as a major platform to help report, organize and disseminate news information during major events such as the US presidential elections in 2008 (Lenhart and Fox, 2009) and the Euromaidan revolution in 2013 (Ronzhyn, 2014). … This is deemed to have challenged the conventional ways of news dissemination that are mainly controlled by official, authoritative news sources (e.g., CNN, New York Times), and undermined the gatekeeping function of journalists in determining the what and when of news content dissemination (Hermida, 2010).”

IGI Global: Who Are More Active and Influential on Twitter?: An Investigation of the Ukraine’s Conflict Episode

“Academic social networking sites (SNSs) are growing rapidly. Similar to general-purpose SNSs, Academic SNSs offer several functionalities such as the management of profiles, posts, connections, and private messaging. However, in academic SNSs these features have more emphasis on academic metaphors.”

Western intelligence agencies express concern about massive databases of military and governmental personnel social media data. “[Corporate] records do not offer any indication that Zhenhua is controlled by the government, but the company positions itself among a constellation of data and security firms in the government’s close orbit.”

“Social media and messaging apps played a major role in sparking these protests. And as part of its crackdown against them, the government blocked several apps and in some places, cut off Internet access altogether.”

What Is News Data? News data includes datasets of news and about news. Where Does News Data Come From? The sources of news data are newspapers and websites. There are also open-source...Read more

What Is Social Media Sentiment Data? More than tracking how often your brand appears online, social media sentiment data measures the feelings people have for your brand—and how passi...Read more

I'm interested in running sentiment analysis on support for secession in the US. How can I run this and filter for people's true feelings on the matter? There is so much exaggeration online and it's very difficult to tell when people are joking about a subject, even if you're a human being Read more...
Answer
views (0) • Answers (0)

Conspiracy Theories that Turned Out to be True

Is there already a database with this information or should I do it myself? Perhaps I'm the only one I can really trust Read more...
Answer
views (0) • Answers (0)

I've heard some very interesting things about 5G controlling people's minds over the past year. I was wondering about historical conspiracy theories about technological innovations. Read more...
Answer
views (0) • Answers (0)

I don't really care to pay for Stirista's data. Is there an alternative to them? Read more...
Answer
views (0) • Answers (0)

Has anyone had any experience with Stirista? What I've seen of their free content looks good but I've heard some negative things about their paid subscriptions Read more...
Answer
views (0) • Answers (0)

Parts of the world where electric car navigation can be used for large fleets?

Are there any parts of the world where supply companies, delivery companies, or any other types of companies can rely on electric cars? Read more...
Answer
views (0) • Answers (0)

I'd like to have a program that can transcribe and/or translate music, but some songs or even languages enunciate sung words very differently than spoken. How do NLP programs handle that? Read more...
Answer
views (0) • Answers (0)
Load more

Language revitalization refers to the process of bringing a dead or dying language back into common usage. It is also called language revival, although many believe the term “revival” should only apply to dead languages and “revitalization” to dying ones.

Language reclamation is a related concept and frequently occurs together with revitalization/revival. However, it refers only to the process of a population reasserting its right to speak its language.

At heart, a virtual classroom is simply a class that meets virtually. In comparison, distance learning and e-learning classrooms are self-paced, requiring no set meeting times.

While virtual learning sounds simple, it does come with a number of unique challenges, especially for children.

Companies also schedule site maintenance on these calendars, to ensure they only occur during times of least engagement.

Content, whether in the form of a video, a newsletter, an ad, or anything else, needs to reach the target audience at the right time to make an impression. A good content distribution strategy, then, finds the best ways to provide content to audiences.

Share of voice (SOV) refers to the amount of engagement your brand receives within your target market. It also specifies the sentiment behind the engagement—that is, whether people feel positively or negatively about your company.

Posting authentic online content from your brand or employees has proven to be an effective customer engagement and marketing strategy. Further, there is a wealth of data to show you how to reach customers with personable content.

Crisis management describes the means by which a company avoids or survives a PR crisis with minimal damage to their reputation.

Brand affiliation measures people’s identification with a certain brand. More than recognizing a brand or liking their products, affiliation refers to a personal connection, where customers feel like the brand represents them.

Customer lifetime value (CLTV) is the expected profit that a single customer brings to a company over the course of their lifetime. CLTV represents a shift in emphasis from quarterly or annual profits to the long-term relationships with customers.

Most if not all companies and organizations seek to establish themselves in social media platforms such as Facebook, Twitter, and Instagram in addition to their official website. Online and social media performance tracking is meant to analyze the effectiveness of a company’s social media presence. Are they generating new leads? Are they promoting brand awareness? These questions are important to assess the efficiency of the use of these social media platforms.

An online recommendation engine is software that analyzes available user data to generate suggestions for something the user may also be interested in. Such engines are used in an advertising capacity to promote products or services or for the purpose of recommending similar content to the content the user has consumed in the past, such as in streaming services and online shopping services.

As opposed to customer segmentation which divides the market into groups based on demographics and purchase history, persona detection and segmentation creates more personal profiles in order to better understand potential customers using information about behavior, attitude and personal journeys.

Price optimization is the mathematical analysis by a company determines the response of potential buyers to different prices for its products and services. The aim is to meet a company’s objectives of maximizing profits and growing and retaining a customer base.

In the current era, consumers expect the firms they engage with to provide personalized service and offers. They believe that companies have the technological tools to analyze their specific needs and can perform this task with minimal effort, so businesses should develop such ability.

One may imagine that this kind of mass operation will need some resources and financial investment but by implementing artificial intelligence and automated processes, this capability can be readily available for any business.

Traditionally, personalization was focused on a set of rules based on existing data. The firms used to collect data in advance without any consideration for real time data but now better and much faster results can be obtained by using AI that allows businesses to conduct profiling and real-time analysis to optimize each conversion. This process is defined as Predictive Personalization and is driven by Machine Learning.

Remarketing campaigns show ads to people who have visited a business’s website or downloaded one of its apps. Remarketing is designed to get potential customers who have shown interest in your product or service to recall your business and their intent to buy, therefore enlarging the odds of them converting.

Targeted marketing is a marketing strategy which identifies an audience that is most likely to buy a product or service and subsequently creates a marketing campaign designed specifically to advertise said product or service to the target audience, using advertisements and promotional messages. This allows different companies to hone in on certain market segments, creating a “specialty” and possibly lowering competition with similar companies.

Nowadays, the abundance of data and the advances in Machine Learning and big data applications reduce the need for top-down segmentation of customers. Smart customer clustering based on many commonalities help companies better address customer needs to provide the right experience and divide resources efficiently. 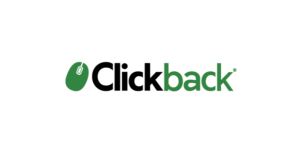 BrandScape is the most comprehensive brand monitoring solution offering the power to compete with private labels and digital first brands. 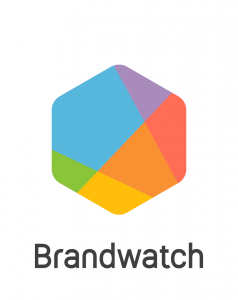