What Is GPS Data?

GPS (Global Positioning System) data uses satellites to place where an object is on the globe, even if it is in motion.

The US developed GPS near the end of the Cold War, originally only for military use. Russia (USSR at the time) also developed the very similar GLONASS (Global Navigation Satellite System).

Other countries have since developed similar satellite navigation systems: China opened Beidou in 2019 and the EU planned its Galileo for 2020. India also has its NavIC but though it became active in 2013, it only serves the subcontinent.

Where Does GPS Data Come From?

The US military sends GPS satellites into orbit around the earth. These satellites send a radio signal, with current time and date information, to a receiver on the ground. This receiver—a phone, a car, a microchip—measure the time delay between it and four satellites to provide precise location data.

While available as worksheets or CSV files, most GPS data appears as a movable point on a map.

The US military still uses the GPS system for its own ends. However, since President Reagan made the technology available for private use in the late 80’s, an astonishing range of industries have benefited. Transportation, commerce, private security, pet care, banking, telecom, utilities, and more companies use the data to support their operations. Conservationists use the data to track wildlife. Local governments use it to provide disaster relief services. Finally, civilians use the data recreationally for geocaching, cartography, astronomy, and real-time vehicle navigation.

How Should I Test the Quality of GPS Data?

While generally reliable, GPS data can be impaired by tunnels, dense tree over, or dense urban environments. There are also some parts of the globe that are only covered by two or three GPS satellites instead of the four generally used for accurate positioning. However, you can test the data quality by plotting numerous receiver data on a map, removing outliers, and checking the data points against calculated speed of movement.

The signals from generation III satellites are eight times stronger, with improved security and much longer lifespan. And while you might not notice an immediate change in the accuracy of your built-in GPS or Google Maps on your phone, the improved accuracy and robustness at every level will help make your life run just a little more smoothly going forward. 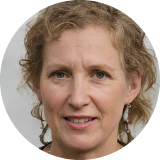 Work would be much faster and effective if people would properly use the databases. Are there any software systems that are easy to use for large numbers of people? Read more...
Answer
views (271) • Answers (2)

I'm interested in agriculture, food supply chains, and climate change. What are the best IOT Data Platforms to look at this kind of data?  Read more...
Answer
views (313) • Answers (2)

What is the best data source for geospatial data?

I know Google Maps but is there anything else on the same level (or better)? Read more...
Answer
views (479) • Answers (1)
Load more

Mobile app development entails more than just crafting an attractive and simple user interface (UI) for established customers; it involves designing a secure app that uses very little RAM yet is compatible with different devices. A particularly well-developed app should also be capable of scaling to meet customer demand as your company grows.

Whether for vehicles, industrial equipment, or mental health conditions, diagnosis is crucial to resolving problems but very difficult to do remotely. Thankfully, however, new advances in technology and artificial intelligence have made remote diagnostics possible.