What Is Foreign Exchange Market Data?

Also referred to as the currency exchange, forex, and even fx, the foreign exchange market deals in world currencies exchanges. This data facilitates international trade and enables economists to judge the strength of a country’s economy; it also helps traders buy and sell currencies as they would buy and sell company stocks.

Where Does Foreign Exchange Market Data Come From?

The currencies market is decentralized, with data collected from many banks and independent trading hubs. There are also unofficial currency data sources, such as when two individuals exchange currencies on their own. However, generally only the most established and trustworthy trading hubs produce foreign exchange market data. One most common of these is the Bloomberg Generic Composite Rate: an aggregate of market participant quotes—not trades—updated every thirty minutes. Other currency market data providers offer real-time updated APIs of aggregated quotes; you can find reviews for them at our site.

This data always consists of currency pairs; no coin or bill has inherent value, so data providers always measure currencies in relation to another. When measuring the value or strength of a currency, economists focus more on the purchasing power of a currency (e.g., how much of a staple food item does a unit of the currency buy) whereas financial traders focus more on relational strength, usually comparing a currency to another stronger currency (often the US dollar, the UK pound, or one of the other top ten currencies.

What Is Foreign Exchange Market Data Used For?

While there are many independent speculators who seek to make money on the exchange of foreign currencies, companies are the primary users of this data: in an international, interconnected world, businesses rely on this data to optimize prices for their products and services to a customer’s local market (which is an aspect of product personalization) and to pay employees, contractors, and other businesses when the exchange rate is more favorable to them.

Finally, economists use this data to measure countries’ economic state—and, therefore, to argue for policies to bolster or protect their currency.

How Should I Test the Quality of Foreign Exchange Market Data?

To test foreign exchange market data, make sure to use a large variety of trusted sources. Keep continuously updating feeds of quotes or trades or both and, most importantly, clean the aggregated data. Be especially wary of outliers.

Additionally, keep track of world news, especially politics, as these impact the strength of national currencies. 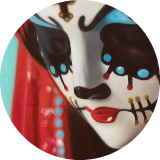 What are the best sources to find Finance & Economics Datasets for Machine Learning?

What are the best sources to find Finance & Economics Datasets for Machine Learning?

How would I screen companies and investors for SRI/Sanctions? Read more...
Answer
views (475) • Answers (1)

Where can I find currencies and cryptocurrency datasets?

I am looking for the currencies and cryptocurrency datasets for my machine learning project. What are some best sources to get this type of dataset? Read more...
Answer
views (122) • Answers (1)
Load more

Investors, both new and old, use blockchain-based cryptos and altcoins to effect a cryptocurrency investment strategy

Taking the place of an in-person managers, a financial robo-advisor provides personalized investment and wealth management services to individuals as well as small and medium-sized businesses.

Robo-advisors use deep learning and other artificial intelligence techniques to offer advice and even automate trades in a variety of industries and account types, from individuals with retirement accounts to small businesses with equity finance plans.

Trend forecasting is the act of identifying market trends before they come into existence so you can you monitor your market and take advantage of opportunities to meet business goals.

The most lucrative hedge funds also have a diverse portfolio—which means investors need to analyze large amounts of data to make investment decisions.

Algorithmic stock trading—aka “algo-trading”—uses machine learning algorithms to make stock market trades faster than a human could, calculating the best time, price, and amount to trade in an instant.