What Is Animal Tagging/Wildlife Tracking Data?

Animal tagging refers to the practice of putting an identifying marker on an animal and tacking refers to keeping track of its location and imparting information to a casual viewer (for example, whether it has an owner or has been neutered).

The practice has evolved, however, from branding and ear tipping to attaching high-tech GPS sensors to animals. Both methods however are to track real-time behavior of the animal. This category refers mainly to the tracking of wild animals for research or conservation efforts.

Where Does Animal Tagging/Wildlife Tracking Data Come From?

Animal tagging data comes from humans attaching tags or sensors to animals. When researchers tag an animal, they record its species, location, and condition. Later, researchers record updates through ground-based sensors or through re-capturing the animal for physical observation.

GPS sensors, on the other hand, allow for animals to remain free of human capture past the first installation, which is preferable. These sensors transmit information about an animal to data feeds via radio or satellite.

The number and type of data recorded through animal tagging is vast. Researchers start with the species, age, tagging location, individual animal ID, and a contact person. Then, at least for the newer satellite and radio-communication trackers, researchers record real-time movement data.

Additional data may include acceleration speed, altitude, terrestrial magnetism (to record the exact location of the animal in place of GPS), even barometric or hydrometric pressure. In other words, the recording device can be tailored to the type of animal being studied and for the data required.

The many uses of animal tracking data include animal welfare, species conservation, and animal research purposes. It is also used to support anti-theft, anti-poaching, and anti-smuggling efforts.

How Should I Test the Quality of Animal Tagging/Wildlife Tracking Data?

To ensure the quality of your animal tagging data, be sure that your sensors or tags are in good condition before use. Also crucial is the update frequency of your data feed: make the data recorded as thorough and as close to real-time as possible.

In this data category, you may also find it very useful to physically go out into the field to capture, re-capture (if applicable), and just physically observe the wildlife.

Orbcomm’s satellite connectivity is critical to enabling AWT to track and monitor animals in their natural habitats. Orbcomm’s IoT devices can withstand complex environments, extreme weather conditions and tough terrain, which is often dusty, muddy and covered with dense forests. In addition, Orbcomm’s devices are highly reliable in the field, which is extremely important given the extensive costs, resources and logistics involved in putting tags and collars on the animals AWT tracks.

Are there any datasets on domestic cat predation of local species?

I understand there is some data about the number of native Australian and American wildlife that was hunted by imported domestic cats. However, I would like to know about worldwide domestic cat predation. Does such a database exist?  Read more...
Answer
views (43) • Answers (1)

Conservation work would be so much easier with a reliable ML program that classifies species. Is there a good resource for this? I've seen a few apps that promise to do this but I haven't been satisfied with any of them. Read more...
Answer
views (97) • Answers (1)

What are the different kinds of ocean/marine datasets? 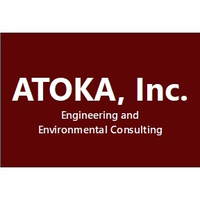 AER – Earth provides research & studies on everything interconnected with our planet 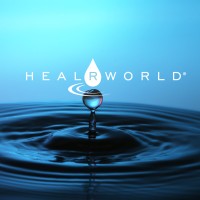 Sustain Planet Earth Committed™ is based on the SDG of the United Nation for small and mid-enterprises.

EarthImages is a web-based platform for searching, comparing and accessing imagery