What Is Soil Health Data?

Soil health is the measure of the quality and fertility of soil. The data measures aspects of the soil itself as well as the microbes and animals that live in it.

Where Does Soil Health Data Come From?

Researchers and scientists from university-based or government agency-based programs publish most soil health data. However, though agricultural companies and individual farmers also provide this information.

Whether individual farmers or NASA engineers, the technologies used to collect and measure soil data are many. They include pH test strips, radar, satellites, and spectroscopy but do not end there.

The types of soil health attributes are many, and available in columns or as graphs or maps. The data always denotes the location of the soil. Other typical attributes include soil color, consistency, and porosity. The data also frequently measures nutrient content, moisture content, salt content, and mineral composition.

What Is Soil Health Data Used For?

Naturally, the agricultural industry uses soil health data the most. After them, of course, come the conservationists, geologists, and educational institutions.

Yet, the uses of this data for these professions are not so mysterious. City planners, for example, use this data to plan drainage or irrigation projects reduce flooding. Construction planners can only build projects on stable soil. Biomedical engineers must determine whether toxic compounds have made it into soil or from soil into waterways. And engineers and scientists involved in space exploration want to determine the soil content of other planets or asteroids—perhaps even to discover the origins of the universe.

How Should I Test the Quality of Soil Health Data?

More and more, soil quality datasets are being published online, where a worldwide community can catch errors. However, if you are creating your own dataset, just note that there is no universal standard of data collection or sampling (though chemical methods are increasingly used, cutting down on inconsistencies between datasets). Additionally, there are differences in the quality of the same batch of soil based on the time of year. Therefore, simply be sure that you measure or collect data that has been measured at different times but with the same methods.

A Japanese spacecraft is nearing Earth after a yearlong journey home from a distant asteroid with soil samples and data that could provide clues to the origins of the solar system, a space agency official said on Friday.

JAXA, the space agency, plans to drop the capsule containing the samples onto a remote, sparsely populated area in Australia from 220,000 kilometres (136,700 miles) away in space, a big challenge requiring precision control.

The capsule, protected by a heat shield, will turn into a fireball during re-entry in the atmosphere at 200 kilometers (125 miles) above ground.

To move science forward, a global group of researchers from more than 70 institutions contributed to the COSORE (short for COntinuous SOil Respiration) database with the goal of creating a broad resource containing standardized soil flux datasets from around the world that have been converted into a useful form for researchers. In an effort led by PNNL’s Ben Bond-Lamberty, COSORE launched last month with over 8 million data points available.

Broadening the number of available datasets is just one benefit of COSORE. Having a central repository helps protect the scientific field from losing the flux data, even if the underlying data vanishes through broken storage and email chains. Finally, COSORE will hopefully accelerate science by saving researchers the time and effort of assembling disparate datasets. 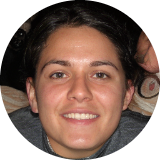 Where can I find historical data on the average market price for various livestock by country? If I had to specify, I'd say I'm especially interested in Asia and Europe Read more...
Answer
views (0) • Answers (0)

I am looking for recent evidence of climate change. Which is the most relevant data provider National Weather Service or NCDC? Read more...
Answer
views (0) • Answers (0)

What is the best source of petrochemical data?

I am writing an article about petrochemicals. Where can I get some statistics about this industry? Read more...
Answer
views (0) • Answers (0)

Which agricultural data providers do you recommend for GM crops yield analysis – Agrimoney or FAOSTAT?

I am analyzing GM crop yields for my project. I am looking for a GMO data provider. If you have an experience with Agrimoney and FAOSTAT, can you recommend the better one? Read more...
Answer
views (2) • Answers (0)

Effects of Chernobyl on agriculture until the present day?

Is there any data on amounts of radioactive material in soil/plants in countries within Ukraine or west of Ukraine since 1986 to the present day? Read more...
Answer
views (2) • Answers (0)

Does anyone have much experience with Arabesque S-Ray?

Does anyone have much experience with Arabesque S-Ray? We're intrigued by their ESG measurement but not sure i they're the best ones in the market. Who are their main competitors? Read more...
Answer
views (0) • Answers (0)
Load more

Fair trade certification is the confirmation from an official organization that a product was produced and sold according to fair trade principles: mainly, fair compensation to farmers for their labor. 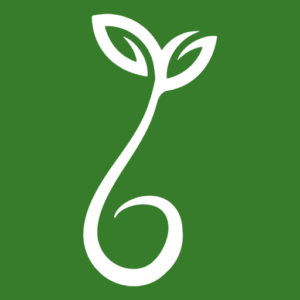 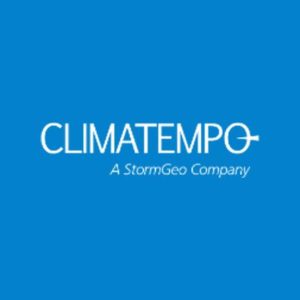 Agroclima PRO is a Climatempo technology service that uses the weather knowledge in favor of the field.