What Is GMO Data?

GMO data consists of information about genetically modified organisms, most commonly plants but insects, animals and other organisms may also be genetically modified. This modification takes place through selective breeding or insertion of edited genetic code from a different plant or even species, into another.

Other terms for this data include agricultural biotechnology or agritech.

Where Does GMO Data Come From?

Most GMO data comes from government resources or from agricultural biotechnology companies. However, as part of their humanitarian work, there are open-source databases that provide full and free data.

Attributes of GMO data include genetic information on the modified organism and on the various effects of GMO adoption.

Genetic information often lists the crop, its line, its sense gene (which codes for the desired trait), and more. It also includes information about current approval for use in different countries.

Other information about agritech includes their adoption in certain countries or states or patent application and adoption. Also featured is farmer motivation for adopting these crops and consumer attitudes toward purchasing them.

What Is GMO Data Used For?

The primary purpose of genetically engineered crops is to increase crop yields while decreasing the negative effects of agriculture on the environment, such as the use of pesticides. Many organizations and companies state that their goal is, ultimately, the eradication of world hunger and malnutrition.

Other uses for this data relates to both public and private healthcare. For example, biotech companies have released genetically engineered mosquitoes into the wild to reduce diseases like malaria or Zika virus. Additionally, engineered insulin has been used since the early 1980’s to treat diabetes.

Relatedly, GMO opponents and skeptics use GMO data to avoid effected products, citing, primarily, health concerns. Other objections include environmental and economic concerns. The use of herbicide-resistant crops, for example, encourage farmers to use stronger herbicides that leak into the soil and surrounding water. Meanwhile, GMO companies that patent their inventions could take advantage of farmers or dominate the market to the point that any new threat to their crop could lead to food insecurity.

Finally, there are “fun” uses of genetically engineered products too, such as changing crop pigmentation or making rodents glow in the dark.

The most important test of GMO data may be timeliness and relevance. Most GMO data sources provide accurate and comprehensive information, so the only concern for a GMO data set would be timeliness. However, these data sources also keep abreast of new developments, so it should be enough to regularly check in on the data and industry news.

In order to confirm the accuracy of the information in the official databases, you can check the genetic code of the product or products in the data set

[Oxitec will release some 750 million genetically modified male mosquitoes in the Florida Keys] to counter the spread of the female Aedes aegypti mosquito, an invasive species that spreads dengue fever, Zika, chikungunya and yellow fever. The male of the species is relatively harmless, as it does not bite humans or other animals, living on fruit instead, while the female lives on a diet of fruit and human blood.

What Oxitec have done is create genetically modified male mosquitoes with a “self-limiting gene” that prevents possible female offspring from surviving once the genetically modified males mate with the wild females. Should the offspring be male, it will survive, but also carry a copy of the self-limiting gene, so that when it breeds, its female offspring will not survive. The goal is to suppress the mosquito population and the spread of disease by limiting the reproduction of females.

Daily Maverick: Here to stay and redefine: The Brave New World of GMO

Where can I find the dataset comprising pesticides used in agriculture?

I am looking for a dataset that includes different types of pesticides applied to agricultural crops. Read more...
Answer
views (295) • Answers (1)

Where can I find data on GPS tracking systems for farming equipment?

How big is the current market size of GPS tracking systems for farming equipment, and what are the estimates of future trends in the Eastern European and Central Asian countries? Read more...
Answer
views (492) • Answers (1)

Where can I find data on GMO crop yield?

We intend to estimate GMO crops' impact on the agriculture sector of developing countries. Is there any reliable dataset on GM crop yield? Read more...
Answer
views (100) • Answers (1) 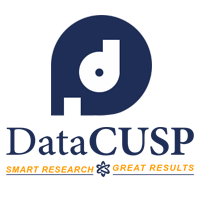 Datacusp provides database solutions, reports, and research services to clients to a wide range of industries and domains. Their services delivers B2B and B2C segments. Overall, datacusp is a sales and marketing intelligence solution.

Gastronomy Databases offers restaurant data for establishments all over the world. With more than fifteen years of experience in gastronomy, their data sets can be filtered by over 100 criteria. 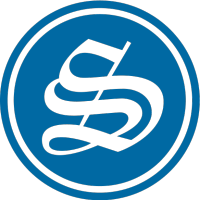